Review by Elijah Martin
5
Philocode.com is not an official representative or the developer of this application. Copyrighted materials belong to their respective owners. Warning: Users can download the app from the links of Official Website and legal sources offered in the following articles. 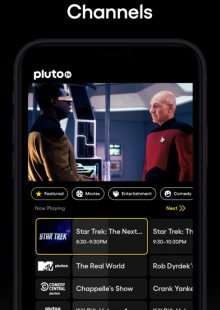 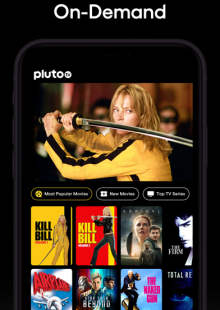 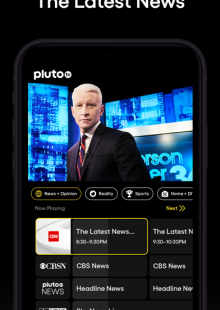 Pluto TV is an American TV service that offers free, ad-supported content. Since its launch, it has grown to millions of users. The app tries to emulate the experience of broadcast programming. Pluto TV has deals with hundreds of partners providing more than 250 channels.

Pluto TV doesn't cost anything. You don't even need to create an account to watch content: just open the app and you'll have channels up and running. The service is ad-supported, and you will have to watch commercials. It also means that it lacks some channels that premium services offer.

Using the app is similar to watching over-the-air TV. Each commercial brake has at least three ads that last for a total of 5 minutes.

The core of the app is 200 video streams and 36 music streams. There are convenient shortcuts to different categories:

Don't forget to check On Demand categories to find content listed by keywords (genre, producer, and so on).

Pluto TV has an interface that's easy to understand but hard to use. For example, you can't search for a particular channel. At the same time, we really like the ability to sort channels by category. You can also switch from on-demand content to live TV by clicking the button at the bottom of the screen. Click on a video to expand it to a full screen.

According to Pluto, its service has over 22 million monthly users. It may not be a one-size-fits-all app, but that is ok. It offers a large number of channels, just like a traditional TV service. Just keep in mind that you won't find the latest TV shows and movies that have graced some of the finest networks.