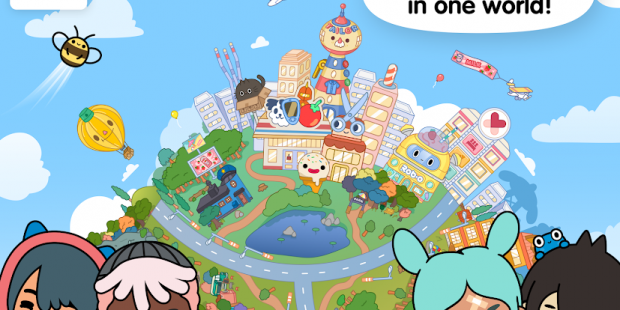 Toca Life World is a free life simulation game by Toca Boca that can be downloaded for free. It is categorized as a "life simulation" game because it allows users to create their own world and simulate the lives of the citizens that live in that world.

Build a town, hang out with your friends, go to school, work in the lab, go fishing, play in the treehouse, get married, go to a party, and more. It's all up to you! Discover Toca Life characters: There's a whole cast of characters living in this world. Who are they? What are they doing? Where do they live? You decide! You can easily download Toca Life World!

The game allows a user to create their own world and simulate the lives of the citizens that live in that world. It is a free-to-play game that is available on the App Store and on Google Play.

Players can create villages and towns from scratch or use pre-built templates to create a village in just minutes. From there, it's up to players to fill the towns with houses, shops, schools, parks, and more.

Players can also explore the towns of other players from around the world. The game features an online gallery where players can explore other players' creations and download towns to add to their own.

The graphics of the game are cartoony and cute. The game is set out to look like a child’s room and the citizens of the world are made to look like toys.

The graphics are colorful and well-designed. The game has a lot of detail, and it's easy to tell what's going on in the game. The music is calming and pleasant.

The game has a replay value of 8 because the user can create their own world, and the game offers different characters and scenarios.

Toca Life World is a fun game for kids and adults. It has good fun and is an addictive game for the whole family to enjoy. You can take pictures of the characters and save them to your gallery. The graphics are good, and the sounds are nice.