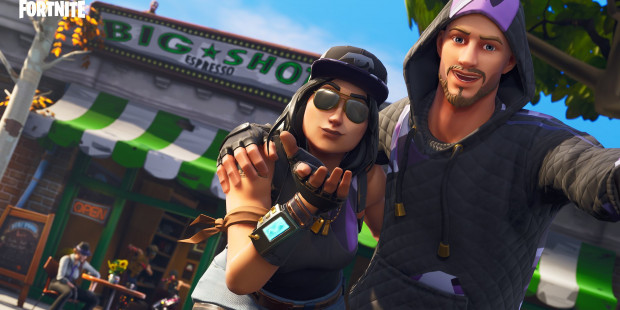 Fortnite is a survival shooting/battle royale game, released by Epic Games. It was first introduced in 2017 as Fortnite: Save The World. For today, the game has three different modes, the most popular being Fortnite: Battle Royale.

Fortnite: Save The World is a third-person co-op shooter. Playable characters in this tower-defense game represent the small part of humanity, which survived after a catastrophe, and their main goal is to confront zombie-like creatures (non-playable characters).

Fortnite Creative is a sandbox game, where a player is given an island to develop it according to their taste.
As for Battle Royale, which has its roots in Save The World, it’s a multiplayer shooter survival game, which also involves elements of construction. The universe of Fortnite Battle Royale evolves throughout the seasons, each having a unique theme and lasting about 80 days.

While Fortnite Creative is a sandbox with some unofficial mini-games to enjoy with friends, Battle Royale and Save The World have slightly different sets of objectives for advancing through the game. In Save The World, there are missions, quests, and tasks. In a mission, you need to complete a certain goal to end the session, whereas the task is a smaller goal inside the mission, which does not end it. Finally, a quest includes a set of tasks to complete, which sometimes covers several missions. As for Fortnite Battle Royale, it has a system of theme-related challenges renewing every week, completing which upgrades your level. There are also prestige missions, for which you can get additional rewards.

While it seems obvious you’ll have to build a lot in Creative, surprisingly, in both Battle Royale and Save The Worldbuilding structures, it is also a crucial part of the gameplay. There is a preset amount of structures to choose from, but obtaining the materials is up to you. You can use your ax to crash various objects around, including trees, rocks, and vehicles, or pick up some chunks of what has already been crashed.

The world of Fortnite is designed in bright and vivid colors, with graphics and animation resembling a 3D-cartoon. This combination creates an absorbing and energizing atmosphere.

Certainly, Fortnite is played by hundreds of millions for a reason. We would recommend trying it to everyone looking for a captivating shooter or for an opportunity to boost one’s creative imagination. The game is compatible with most of the platforms, and in the case of Battle Royale — free to start.