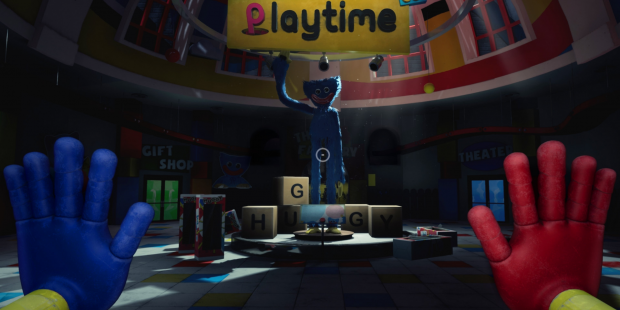 Poppy Playtime is a horror adventure game about an ex-employee of the toy factory who wants to find out the truth about his former job. The game was created by MOB Games and released on October 12, 2021. You can download Poppy Playtime from the Steam Store on your PC.

Poppy Playtime graphics are unique and differ from classic horror games. It is rather similar to Hello Neighbor or Five Nights at Freddy’s. After you install Poppy Playtime you may be wondering whether the game is scary at all. Well, you may enjoy this feeling of safety for a moment, until everything gets weird. It was originally created as Poppy Playtime on PC. There is no PS version or Poppy Playtime for Xbox. However, you may find a fan's version of the game on Android. Yet, it is not official and was not created by MOB Games. There is no iOS option as well. Since the Poppy Playtime mobile game is missing, and there are no other platforms except for Windows, graphics lay flawlessly on your PC. Every move looks realistic.

Instal Poppy Playtime this game is simple to navigate. However, there are lots of tasks and numerous challenges in front of you, so once you learn how to use the GrabPack you have to pay attention to everything that is happening around you. Each weird noise or move can’t be ignored. We recommend you train your moves after you order Poppy Playtime. You will have some time to do it before you search the security room and enter the factory. The game has a fast pace and you have to adjust it to not get killed. Once the tension gets stronger, you have to stay cool-headed.

For now, there is only 1 part of the series available. Developers announced that there will be a few parts. We still don’t know how many, but since there are rumors on the 2nd part in 2022 at least we have two parts for sure. You can’t preorder Poppy Playtime 2 for now, but we know it will cost the same as the 1st part and will be a separate game.

The first part is not free but affordable since it costs only $4.99. For this money, you receive a well-developed plot with you as an ex-employee of the toy factory that was recently abandoned. Your goal is to get into this factory and find out what happened with everyone who worked there. All you have is GrabPack that provides you with several features including the ability to grab things long-distance, move anything, and conduct the electricity via steel wire on the artificial hand. Don’t forget to be careful and constantly turn around to see what is going on behind you. The scary Huggy Wuggy monster is waiting for you. Download Poppy Playtime.