Review by Elijah Martin
4.3
All trademarks belong to their respective owners. 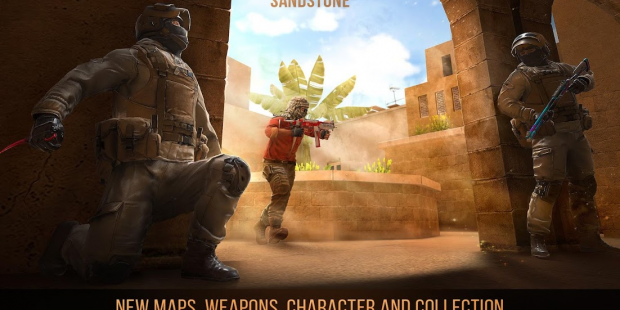 Standoff 2 is a multiplayer first-person shooter with realistic models of weapons and characters, advanced artificial intelligence, new maps, new types of weapons and new game modes. You can play either as a special forces soldier or as a terrorist. The game has a scoreboard, so you can see who is the best shooter.

The game has an online mode, so you can play with your friends or other players. You can play on six different maps. You can buy weapons and ammo to make your gameplay easier. There are several ways to communicate with other players using the in-game chat. You can customize your weapon, your crosshairs and your hud. Standoff 2 is a great game for those who like first-person shooters.

Graphics of Standoff 2 very much resembles graphics of CS:GO, they are simpler, of course, but nevertheless, they look good and aren't much worse than CS:GO. The colors are bright and detalization is good. Also, you can see all of your weapon skins very well and in great detail. So, in the end, Standoff 2 has great graphics.

Standoff 2 is a great team shooter with fast-paced gameplay that is played in sessions. Which, again, reminds of CS:GO. A game of this type will inevitably attract a large number of players so you will always have people to play the game with. Also, in each session you get different opponents, so the game is never the same. I would say this is what means good replayability.