Review by Taylor Anderson
5
Philocode.com is not an official representative or the developer of this application. Copyrighted materials belong to their respective owners. Warning: Users can download the app from the links of Official Website and legal sources offered in the following articles. 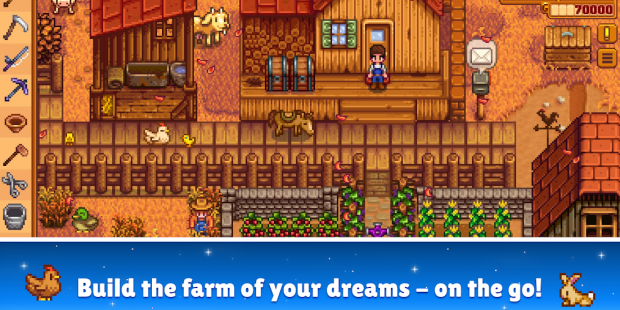 The game Stardew Valley is a very popular 2D role-playing game that has many good reviews. It was created by ConcernedApe, and published by Chucklefish. It was released on 26 February 2016. It was released for Windows, Linux, and OSX. This is a farming simulation game.

The game Stardew Valley is very popular due to the many things that the player can do in the game. The game is very well done, and is very replayable.