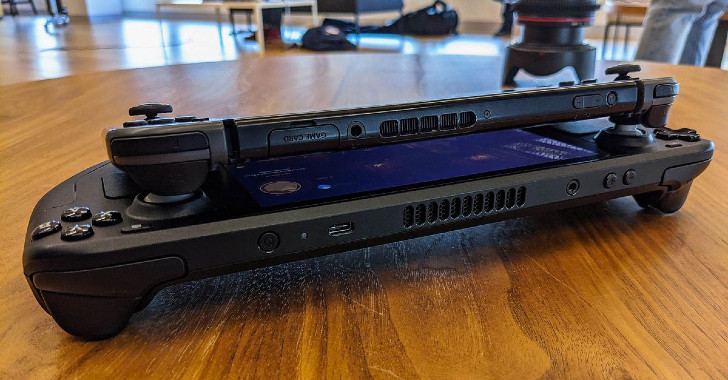 While we are still waiting impatiently for the arrival of Steam Deck Dock (recently renamed into Steam Deck Docking Station) scheduled for late spring 2022, we might rejoice in the news of there being a tiny but important pre-launch specs upgrade made to ensure a smoother and more effortless experience for future users.

Thus, instead of using one Ethernet port, two USB 2.0 ports, and a solitary USB 3.1 port, Valve has decided to modify the station configuration to include three USB 3.1 Type-A connectors. Bypassing the older, low-speed USB 2.0 connections in favor of the newer and more powerful USB 3.1 ports is a good idea that has made many people very happy. Nevertheless, there are ones who criticize the publisher for giving its docking station only one Type-C powering port.

Some other great news regarding the future release (confirmed by the revised dock layout diagram) is that the station’s Ethernet jack for networking will support Gigabit Ethernet speeds. It should make many Steam Deck gamers very happy if they intend to play lots of multiplayer games on the handheld gaming PC when it is docked, as faster Internet means fewer latency issues.

So far, Valve has only given us an ambiguous date for the dock release saying it should be out sometime in late spring 2022. However, there is still no word on how much it might cost or if there are going to be any more modifications made to the docking station ahead of the rollout.

What do you think of the changes that have been made to the Steam Deck Dock port configuration? Are you ready to wait a few more weeks to buy Valve’s official dock, or will you be using an alternative USB-C hub instead? Have a say in the comments below this post, and feel free to share the news with your friends!